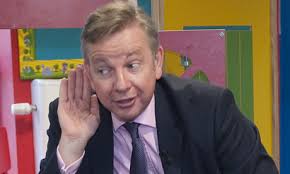 Twenty years ago, as a student, I spent a couple of weeks doing work experience at the Times and met Michael Gove, then an up-and-coming Leader writer. I was – and arguably still am – a complete nobody and Gove was already somebody.  But he could not have been  kinder to me during the half hour we spent together, asking what my interests were and why I wanted to start a career in journalism –  a very good question which he asked without a hint of menace. I forgave him for having written a fawning biography of Michael Portillo, a politician I loathed, and who Gove predicted would succeed John Major as Conservative leader after electoral defeat in 1997 (a sound prediction that could well have come to pass had Portillo not lost his Enfield Southgate seat).

Michael Gove and I had a frank discussion about the manifold problems the Tories faced in the mid-1990s, and the risks that were latent in the forthcoming Labour landslide. Gove was charming, funny and modest, and he seemed genuinely interested in the half-formed political thoughts I shared with him. On my bookshelf I still have the hardback Portillo biography (with a True Blue dust jacket and subtitled ‘The Future of the Right’) that Gove gave me that day, unread but not forgotten. The children’s author Anthony Horowitz recently interviewed Gove for the Spectator and  began to wonder if he was “a monster” in sheep’s clothing.  But my own encounter with Gove as a twenty-year-old left me with an enduring liking for the guy – one that, as a Labour man, I have not widely advertised.

Who was the most successful politician in the current Cabinet until yesterday? Probably Michael Gove. Like him or loathe him, he managed to take on the teaching unions and win, by taking the rug away from their feet through the exponential growth of Free Schools and Academies. Despite his many failures and mistakes – cutting school sports funding in the run-up to the Olympics,  botched GCSE reform, his ill-judged assertion that schools were teaching World War One history in an “unpatriotic” way, his disparagement of the education establishment as the “Blob” – he refashioned New Labour’s Academies and made them seem like his idea in the first place. And he cleverly stole Labour’s clothes by portraying Free Schools as beacons of opportunity and vehicles for social mobility, not the “Vanity project for yummy Mummies” that his shadow Tristram Hunt once described them as.

I can’t think of any other current Conservative Minister – not even the wily Jeremy Hunt – who could have pulled this off.  This is what real opportunism looks like: not a new soundbite every day but a long-term plan to change education policy forever. I disagree with almost all of Gove’s policies but I admire his chutzpah.  His critics’ hyperbolic attacks – such as Seamus Milne’s rant in the Guardian last year that labelled Gove as “a walking disaster-zone of chronic political incompetence” – only played into his hands.

My partner’s a teacher and I’ve been a school governor for more years than I care to remember. I’ve seen and heard at first hand the chaos and confusion that Gove caused in schools, with his abortive e-Bacc which sidelined subjects like Art, Drama, DT and Music, his relentless obsession with testing and targets, his bizarre Neo-Con curriculum changes, and his frankly dotty decision to send every school in the UK a copy of the King James Bible. At a recent governors meeting we spent two hours talking about test results, including Gove’s ludicrous new literacy tests for six-year-olds, which like the TV series Countdown seem to rely on the comprehension of meaningless collections of vowels and consonants. We only had time to discuss the imminent rebuilding of the school – the most important thing to happen to the school for 60 years, and with a very tight budget thanks to Gove shifting money towards Free Schools – for twenty minutes at the very end.

In the four years since Michael Gove became Secretary of State the governing body I sit on has become subtly politicised. A photo in the school’s newsletter of Gove cupping a hand to his ear was, one governor pointed out laconically, the only known photograph of Michael Gove in listening mode. But while Gove was loathed by most teachers, and by many parents and school governors, he was, and still is, an accomplished media performer who can subtly smear the unions, local authorities and most of the Labour opposition as defenders of mediocrity, and as enemies of necessary reform.

Although he has been a great centraliser – Free Schools and Academies were ultimately accountable to him as Secretary of State, not to local authorities – this was cleverly disguised as devolution and “letting go”. Even after his demotion yesterday, when asked in an unusually lengthy Channel Four News interview whether he understood why teachers would toast his exit, he replied that he “wouldn’t begrudge any teacher a glass of wine at the end of a tough day” – brushing off criticism with good humour. He went on to say, surprisingly, that the current generation of teachers were “Britain’s best ever” – making the Teaching Unions’ predictable ‘good riddance’ comments seem shrill and petty.

When he is attacked by opponents he disarms them with charm. Even if his charm can bore the audience sometimes, as seen here when he visited Haberdashers Aske’s in Lewisham, Gove is still  better at disarming opponents than any politician I have ever seen. If you don’t believe me, watch this YouTube clip of Gove defending Douglas Alexander and then making Will Self look very silly on Question Time last September.

In February this year, Gove left Tristram Hunt on Channel Four News flummoxed even though Gove wasn’t in the studio: the only thing Hunt could criticise was the tiny number of unqualified teachers that Gove has allowed into classrooms, a line that his predecessor Stephen Twigg regularly trotted out. Labour urgently needs something new to say about education. Labour’s right to insist that only qualified teachers should work in classrooms but it’s a weak line of attack: everyone knows naturally gifted teachers (my partner Liz is one of them) who really didn’t learn that much from teacher training as they already had the knack of engaging a room full of teenagers. Equally, in our own schooldays we all met over-qualified teachers who could not teach, or manage a classroom, to save their lives.

Gove’s school revolution will not be reversed by his successor Nicky Morgan and Labour needs to think carefully about how to win the argument on education between now and the next general election. Technocratic arguments over the role of local authorities, and teaching qualifications, will not win many votes. “Gove Must Go” made a good slogan to shout at demonstrations but now Gove Has Gone, a subtler line is needed.

In London boroughs like Greenwich schools have improved hugely in the last ten years, thanks largely to Labour and an improvement that is continuing despite, not because of, Gove’s Free School revolution. As soon as he arrived in office Gove cancelled the rebuilding of many secondary schools (thankfully not in Greenwich, although the budgets of some rebuilding projects were pruned), and the Free School that has opened in Greenwich is at best an irrelevance, and at worst a barrier to further improvement. Greenwich schools have been on the up for years and they didn’t need competition from a new Free School, and the resources that it drains away, to make them pull their socks up.

Labour should be upfront about speaking up for local accountability of schools. Labour’s proposals for local School Commissioners are a step in the right direction, but they should be directly elected, not appointed by councils from a shortlist drawn up in Whitehall. Labour should ignore fears that a defence of comprehensive education sounds like a hark back to Old Labour. It should highlight the waste and inefficiency of opening Free Schools and Academies in areas which already have a surplus of school places, while areas with a shortage of places are starved of resources for new classroom and schools. It should make it clear that it is on the side of parents and students as well as teachers – but also make it clear that there is no contradiction between the two.

Gove’s ultimate undoing was that behind his charm lies a combative divisiveness that became too toxic. His semi-public row with Theresa May over the alleged takeover of schools in Birmingham by Islamic extremists lost him Cabinet allies, and David Cameron realised that the UK’s 400,000 teachers, and tens of thousands of classroom assistants and support staff, were too large a constituency to antagonise a year before an election. Even if the Islamic “Trojan horse” plot turns out to be a false alarm, it’s a sobering warning of what can go wrong if you remove local accountability of schools and expect Ofsted or Whitehall to do the job.

But Labour should learn a valuable lesson from Michael Gove’s four years as Secretary of State: if you really want to change education, start by sounding reasonable and moderate and you will disarm – or temporarily disorientate – your opponents. Give the Tories a taste of their own medicine and focus on the unnecessary waste, bureaucracy and competition Gove’s schools revolution has caused.

And never forget that while half a million teachers are an important constituency, there are tens of millions of parents and grandparents of school-age children. Above all, stop obsessing about Michael Gove: he always seemed to relish criticism and, like a punchbag, bounced back cheerfully from every attack. Gove wasn’t a bully or an ideologue; he was, and is, a talented politician whose survival of four years of turmoil  should give Labour pause for thought.