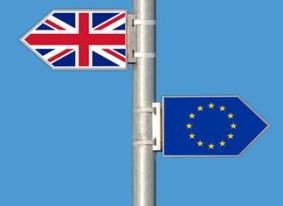 Hours after the EU referendum result came in Boris Johnson stood at a podium stating how much stronger Britain would become, and staked his claim to be Prime Minister. Just a week later, on June 30th, he was gone from the Tory leadership contest. Then just two weeks after that, on July 13th, he was made Foreign Secretary by new Prime Minister Theresa May. In many ways Boris Johnson’s career trajectory is the perfect metaphor for Brexit: every week its direction, and its definition, changes.

What does Brexit mean? Seven weeks after the UK voted to leave the European Union at the on June 23, the country remains divided over a result that many believed wouldn’t or couldn’t happen. To some, Brexit must mean a complete break from the European Union; to others it is “taking back control” while still remaining part of the single market, while many people hope that it doesn’t mean anything.

Even those who pushed hardest for Brexit seem uncertain about what it now will mean in practice. In post-referendum interviews Daniel Hannan and Nigel Farage both seemed to backtrack on two key pledges of the Leave campaign: £350m extra for the NHS and an end to free movement. Now even the Brexit-backing Institute of Economic Affairs (or one of their bloggers at least) is backing British membership of the European Economic Area, whereby Britain would continue to be part of the single market but would almost certainly have to commit to free movement.And there’s even less certainty over what the medium and long-term economic consequences will be. FXCM,  a provider of online foreign exchange trading, has predicted that trading relations could face problems and that European companies could be reluctant to do business with their British counterparts. Brexit may have caused may businesses to delay or cancel deals. The Guardian has reported that Paris was already eyeing up the spot as Europe’s top financial sector taking business away from London. But while some have predicted that Britain has already entered a Brexit recession, others have said that Britain will avoid one.

Shrewd economic commentators don’t even pretend to know precisely what will happen: writing in this week’s New statesman, Felix Martin opined that the most serious immediate consequence is not an economic downturn, but an upturn in xenophobic abuse on British streets. An important point, but hardly empirical economic certainty. “People have had enough of experts”, Michael Gove infamously said during the campaign, and maybe he’s right: now the experts seem as unclear as the politicians about what the future holds.

There is also the question of why people voted the way they did. I’ve already written about the demographics of the referendum vote and how the leave vote was not a working class revolt. Perhaps the most telling thing, seven weeks on from the referendum, is how little has changed for most people: the sky has not fallen on anyone’s head. The biggest impact the referendum has had so far is to entrench opinions, not change them. Leave voters have been demonised as uneducated racists, while Remain voters have been accused as sore losers who don’t respect the democratic result. 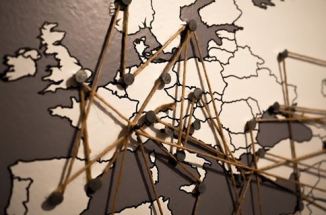 Reuters has quoted Gina Miller, a London fund manager, saying that “people have been fooled…they have not realised that the referendum was not legally binding and secondly there is no Brexit plan.” But while the referendum could theoretically be overturned or ignored by the government, Theresa May has pledged that “Brexit means Brexit” – whatever that means. Those 4.1 million people who have signed a petition calling for another referendum have been told that it won’t be heeded: ignoring a democratic vote would be political suicide.

Whatever kind of Brexit we end up with is not likely be the Brexit that 52% of the country voted for. Every aspect of the leaving the EU is up for negotiation. I’ve just spent a couple of weeks in France, and to my surprise most French people I spoke to expect a kind a Euro-fudge, with Britain ending up as a quasi-EU member like Norway or Switzerland. The French media – Paris Match magazine, for example – has likened Theresa May not to Margaret Thatcher but to Angela Merkel (both are daughters of clergymen, childless workaholics,  fond of cooking and walking in the Alps, and not known for their candour or sense of humour). The French still think that Benjamin Disraeli’s maxim never explain, never complain is our national watchword (in other words, even if we don’t understand what Brexit means, and certainly can’t explain what it means to foreigners, we will press on with it regardless without delay or apology). But May is seen as a pragmatist rather than a Jingoistic Euro-baiter. Much emphasis is laid on her 2002 speech in which she described the Tories as the parti méchant  (nasty party).

And for the estimated 400,000 British citizens living in France no-one has a clue what Brexit will mean. The July issue of The Connexion – a monthly paper for British expats – contained ominous reports that some prefectures have already started erroneously refusing Britons the carte de sejour they’re legally entitled to after five years of residency, and warnings of chaos to come if Marine le Pen wins the presidential election in 2017. The only certainty for expats in France is that their pensions and healthcare rights are safe for now, but who knows about the medium or long term.

Are we closer to Brexit? The answer is no. We still haven’t figured out what the word even means.